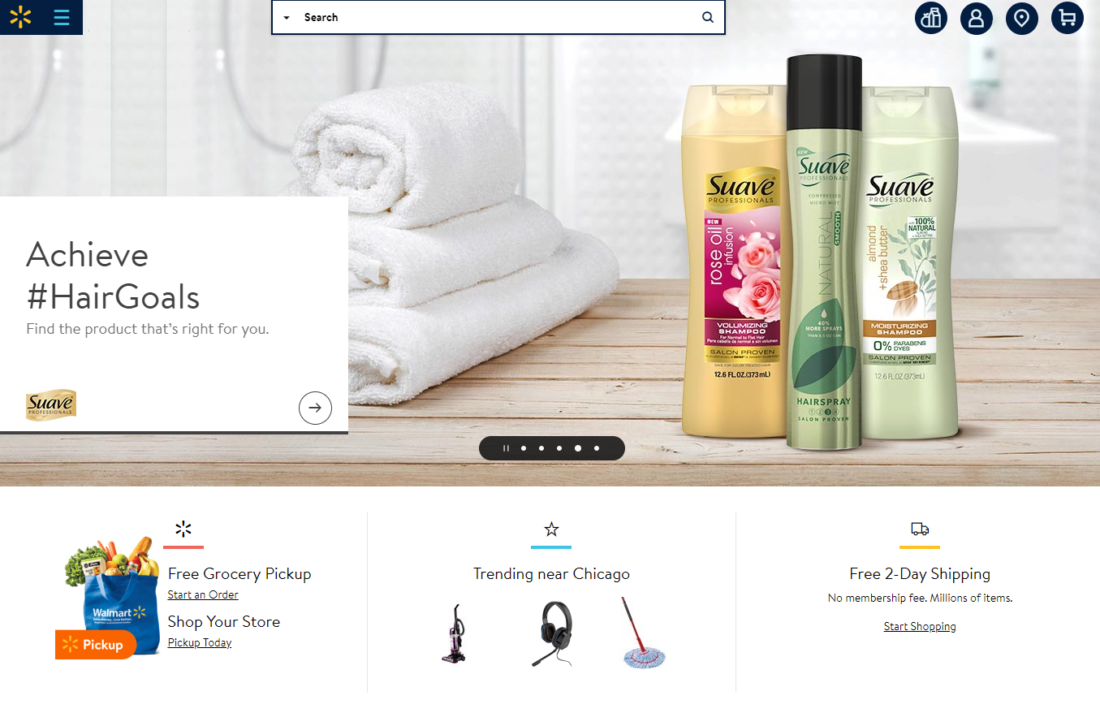 Walmart has invested in an extensive overhaul of their online experience to be a little less like, well, Walmart. Relaunched last month, the new site creates a more lifestyle-driven experience that showcases relatable photography with more localized and personalized features that are significantly differentiated. A… 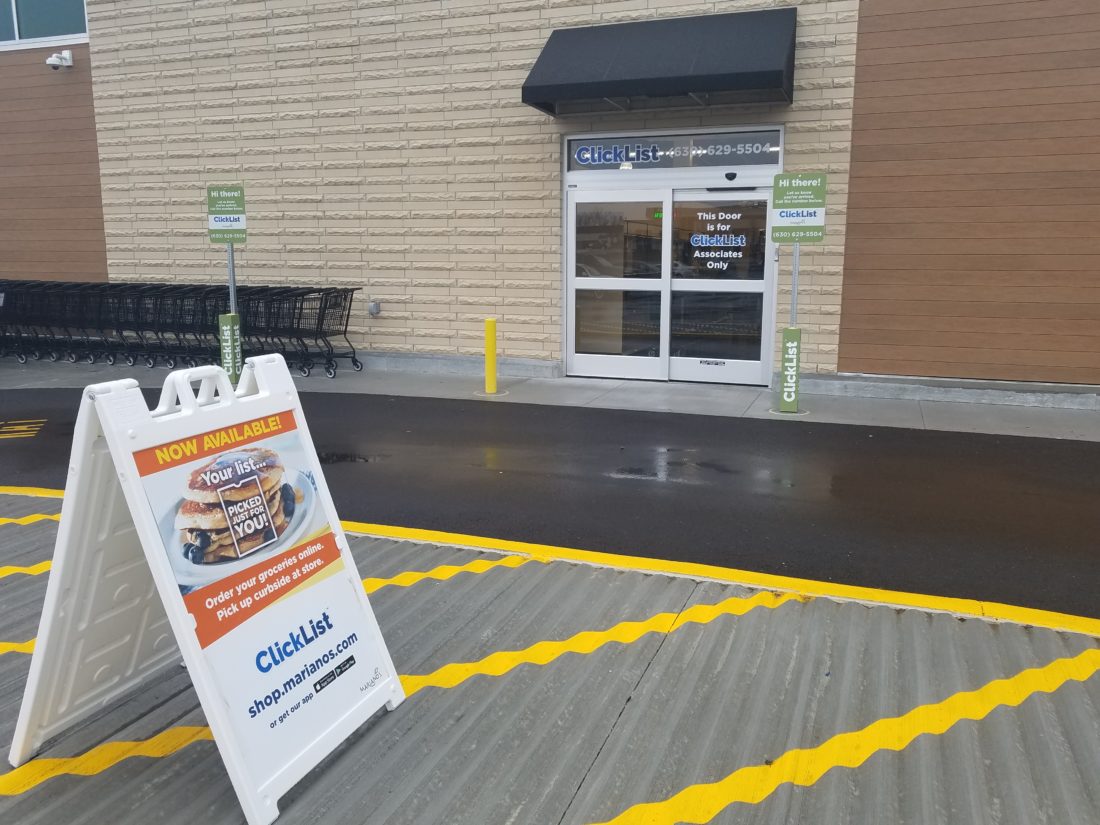 The battle for grocery e-commerce supremacy just got a whole lot more interesting with the annoucement of a strategic alliance between US supermarket giant Korger and UK grocery e-commerce pure play Ocado. I consider Ocado to be best in breed in terms of their automated… 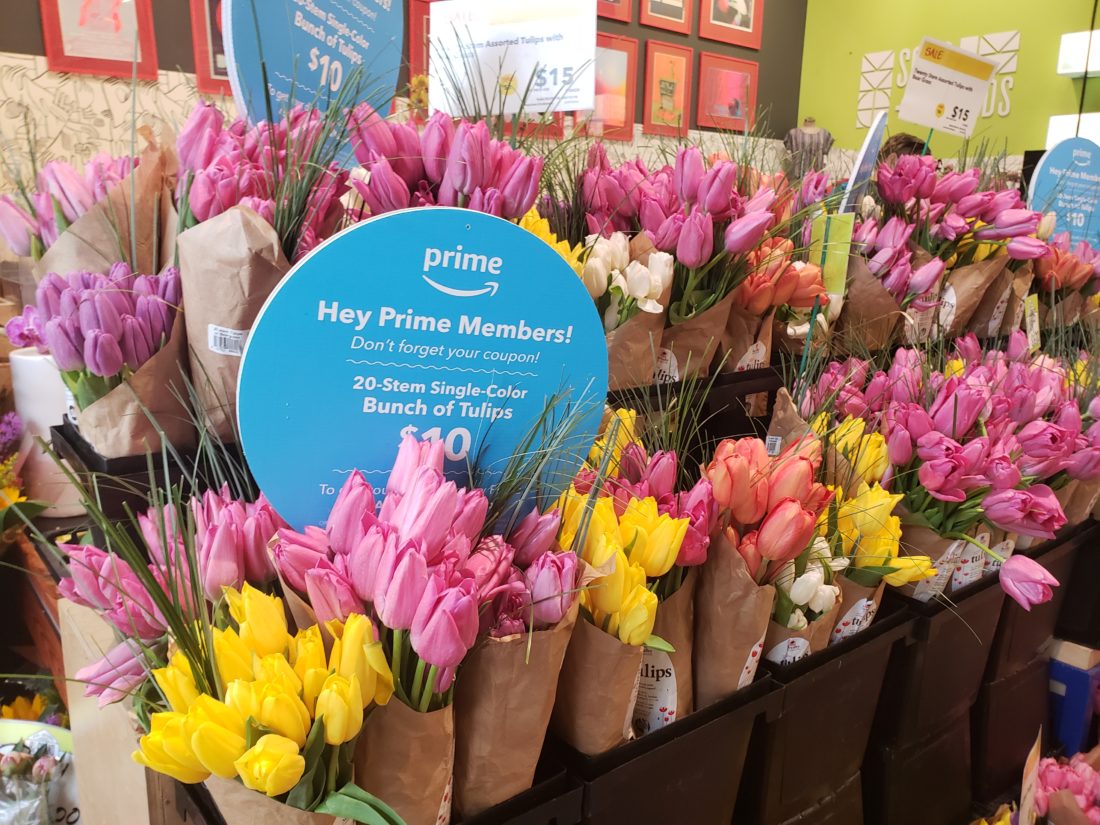 Amazon’s acquisition of Whole Foods has been far from a smooth transition to date. Between culture clashes (the data driven approach at Amazon versus the emotional and experiential approach of Whole Foods), changes of policies to small vendors and systems integration with widely reported out… 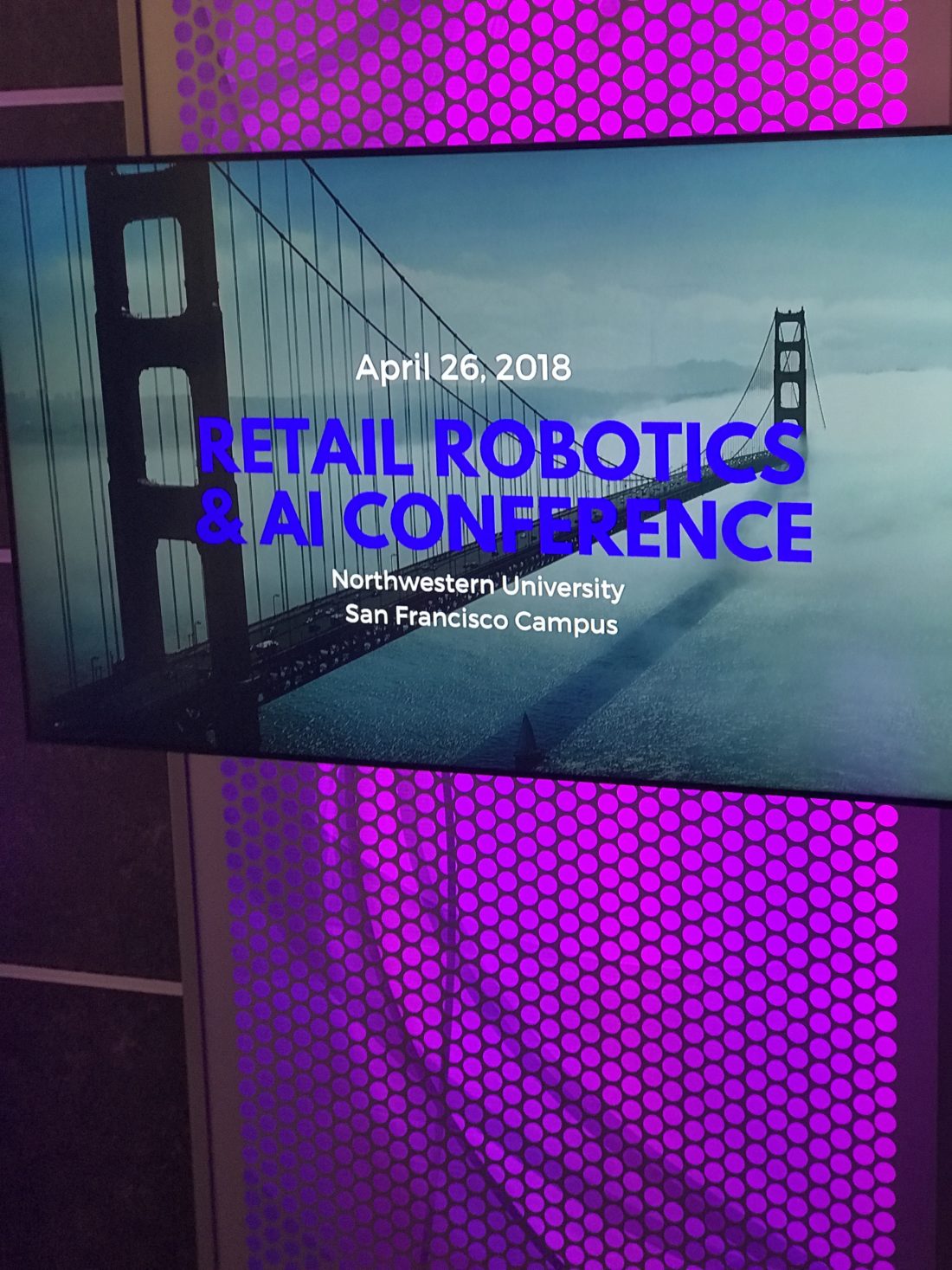 Insights from the Retail Robotics and AI Conference and the Retail and Consumer Goods Analytics Summit. (Part 1)

“Data is the new oil” will be the “retail apocalypse” storyline of 2018. We will hear it – over, and over, and over again. But unlike the apocalypse storyline – a shoulder-shrugging, sky-is-falling, backward glance at the past, data as oil is a forward-looking call…

Brandless Pops Up in L.A.

I stopped into the Brandless Pop-Up store, which is open for two weeks on Melrose Avenue in Santa Monica, California. Brandless has been on my radar for some time now, and our office has even ordered some of the products. Yet, I was strangely moved… 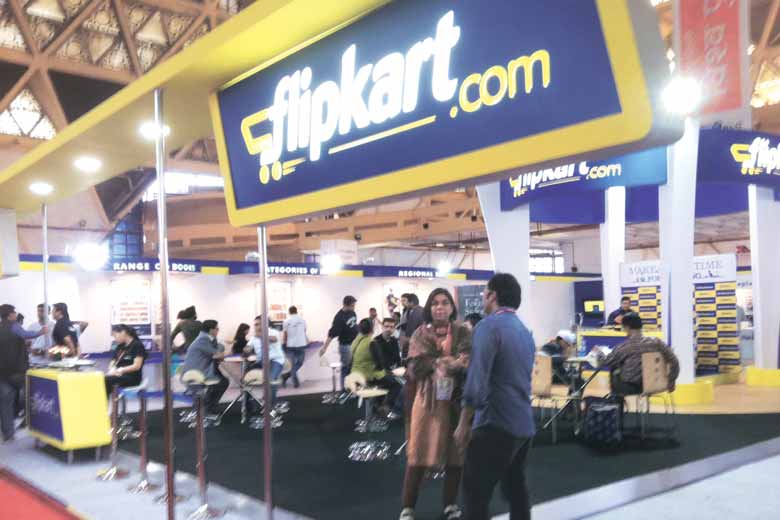 Who Will Buy Flipkart? It’s A Coin Flip…

Fast on the heels of Walmart’s surprise sale of Asda to Sainsbury’s for nearly $10 billion comes further news on the battle for Flipkart, one of the top players in India’s fast growing e-commerce market. For context, India is a booming retail market but one… 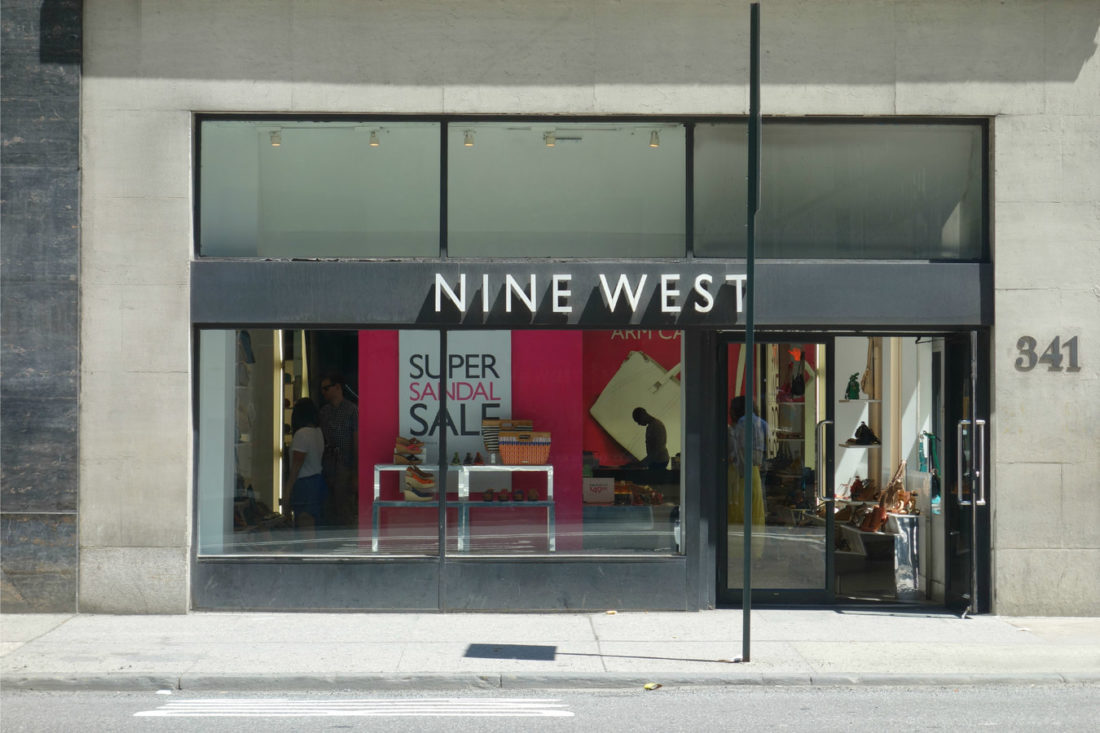 Retail bankruptcies in 2018 are starting off similarly to the way 2017 finished up with wave after wave of prominent retailers filing for bankruptcy. The latest casualty of Retailmageddon is Nine West, the iconic seller of shoes who will no longer be selling footwear as their saga…

Online Grocery Retail Is Coming: How And How Fast Remain Open Questions

Forrester just released The State of Global Online Retail, 2018.  The headlines are clear: Global Online Grocery Sales Will Double By 2022. Forrester expects the global online grocery market to double from $150 billion in 2017 to $334 billion by 2022, powered by increased investment…

Instacart has been on a roller coaster ride since its inception back in 2012.  The company has continued their rapid expansion, with service offered to nearly 70 million US households from over 200 retail partners based on location. Recent additions to the platform include Sam’s Club and Aldi.  The addition of Aldi is particularly powerful because it adds a clear low price option to their arsenal. With several divisions of Kroger also participating, Instacart now serves as a partner to the top eight largest grocers in the U.S.  Instacart has also added several prominent regional chains like HEB and Wegmans, following the prevailing wisdom of, if you can’t beat them, join them. Even retailers who maintain their own e-commerce platform like Ahold (which has e-commerce pioneer Peapod), has added Instacart in select markets to offer more immediate service. Instacart offers both a one-hour and two-hour delivery option.

The company is also continuing to invest heavily in technology, with a patent filed to allow self-checkout for their in-store shoppers which could significantly speed the picking and payment processing part of the business. At the same time, the company has also continued to raise capital. The latest $200 million Series E financing round now places the company’s value at a whopping $4.2 billion. Everything sounds great, right?  The current wrinkle in the business model is, you guessed it, Amazon. Whole Foods was both an early partner and equity investor in Instacart, with an estimate that 10% of Instacart’s sales were coming through the Whole Foods partnership. With Amazon’s acquisition, sales figures have begun to change with strong influence and a new offering. Amazon recently announced free two hour delivery through Whole Foods, with the service starting initially in four markets: Dallas, Austin, Cincinnati and Virginia Beach. The service has since expanded into San Francisco and Atlanta. Amazon provides a formidable challenge as Instacart still seeks to perfect its business model even among its rapid growth. The business model is not without its challenges, the least of which is a lack of transparency on the end prices to a consumer: Adding all of that up, there is a price for convenience and an acknowledgement that delivering groceries, fast, to a consumer’s home, comes at a cost.  Yet, the battle is on for what is now the promise of same day or even same hour delivery. Target recently acquired Shipt, an Instacart competitor, in order to have the ability to match fast delivery. For retailers, there is certainly a risk/reward to aligning with Instacart. Yes, it gets them in the game quickly and with little to no capital, but the process allows a third party to control. Many are offering their own services along with click and collect as a way to provide  consumers with multiple options. But, as always, it will be Amazon as the key player to watch. Whole Foods provided badly needed local infrastructure to their model. Whole Foods will need to sort through the myriad of options currently available (Prime Now, Amazon Subscribe & Save, Amazon Fresh) to create a coherent and profitable retail strategy. Neil Stern for Forbes
Share
0 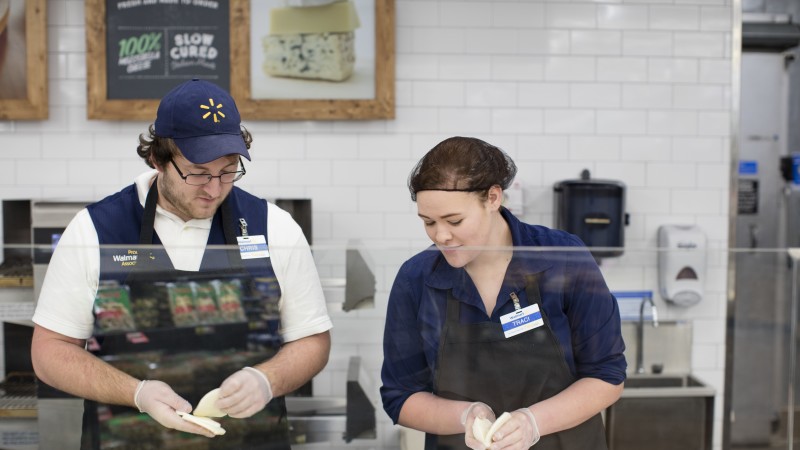 Walmart recently announced it would be using some of the benefits from the recent tax reform to increase worker wages and benefits. While no doubt welcomed by Walmart workers, and many in the administration as a sign that tax reform is working, is there more…