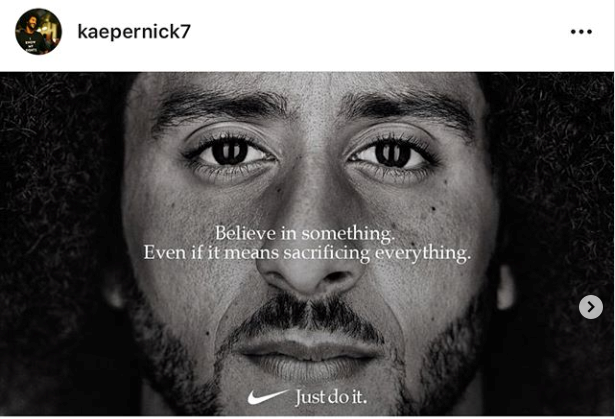 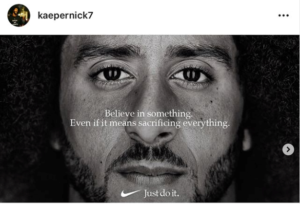 When Nike’s marketing team is humming, the brand gets noticed.  Yesterday’s “Just Do It” campaign evolved beyond the world of athletics. By highlighting Colin Kaepernick’s decision to kneel during the National Anthem, Nike purposefully ran into a contentious social and political issue.  Images of Nike shoes being burnt appeared throughout social media, as did statements of support.

None have done what Nike just did.  Nike is the first company with such an extensive reach loudly taking a side on such a polarizing issue.  By stating that it stands with Kaepernick, Nike has achieved two things:

First, we are all talking about Nike.

Second, the brand has identified what customers it wants to be loyal to the brand.

All brands want millennial’s and gen z – the generations that will replace the boomer’s disposable wealth.  And brands don’t just want them as customers – they want them as tech-savvy employees, too.  Those generations want brands to take a stance on political issues. SproutSocial’s 2017 poll showed that 65% of consumers thought it was somewhat or very important for brands to do so.  Self-identified liberals felt it was even more important.  And the coveted millennial and gen z cohorts are leaning to the left on the political spectrum.

What can other brands learn from today?  That a new bar has been set for advocating on an issue.  Nike is loud.  It is clear.  It is in-your-face.

Today, you might have heard that Levi Strauss’s CEO Chip Bergh issued a statement that more needs to be done to address gun violence.  But you probably didn’t.  It wasn’t loud.  It wasn’t in-your-face.  And no-one is talking about it.