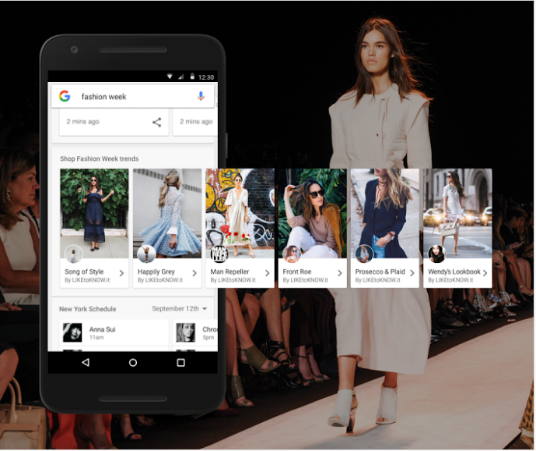 Technology and Fashion, Syncing up at Fashion Week

Just in time for week two of NYFW, Google and rewardStyle’s consumer facing platform LIKEtoKNOW.it, announced a new partnership which will make street style shoppable. Rachel Arthur for Forbes outlined the details of what this would entail for t

he consumer, explaining how when searching for clothing via the search engine, a “carousel will show up at the top of Google results showcasing images… based on relevant content, or metadata, found in the LIKEtoKNOW.it database.” Selecting an image then launches a complete shopping experience allowing consumers to purchase from looks found on social media in real time, via the search engine.

While this announcement is certainly intriguing, it is far from being the only example of how technology and retail are syncing up this Fashion Week and it’s likely that some of what emerges this month will have a lasting effect on the wider world of retail. Specifically, we should expect to see more and more retailers embracing technology and the ways in which it can be incorporated into the customer experience to encourage interaction and to allow retail businesses to reach a larger set of consumers.

Rebecca Minkoff, for instance, integrated tech into her show on Saturday and expanded the audience beyond the lucky 350 or so guests there in person, by creating a 360 live experience for those of us at home. Additionally, the designer partnered with the app Zeekit, to allow users to upload an image of themselves and virtually “try on” the clothes in the new line, scaled to their size (TechCrunch). Historically, fashion has been anything but fast, requiring shoppers 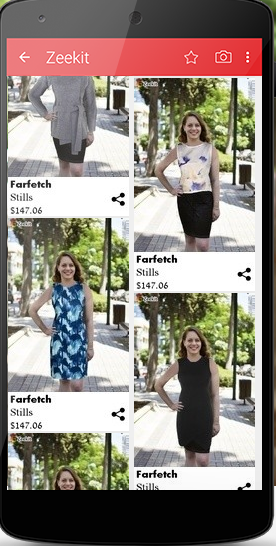 to wait months before runway styles hit stores, yet now, innovations in virtual reality satisfy the consumer craving for instant gratification in a personally unique way.

Tech and fashion also teamed up at a pair of Samsung sponsored shows put on by New York Fashion Week’s event production company FTL Moda. The shows featured Samsung’s “magic mirror” displays transforming a normal mirror into a wonderland for consumers and a valuable tool for retailers. While smart mirrors aren’t new, Samsung’s ML55E mirror combines the “power of digital signage with the visual clarity of a standard mirror” by embedding LCD screen layers into the glass. They encourage a dynamic shopping experience; retaining the traditional functionality of a mirror while simultaneously introducing an element of shock and awe. For the retailer, having the ability to highlight certain products, show product color variations and recommend items complementary to what the shopper is trying on without requiring staff intervention, could potentially drive incremental sales and more efficient use of personnel.

As Fashion Week moves around the world, we should continue to see technology on display as much as design; and then hopefully in stores and devices before we are on to the next big thing.