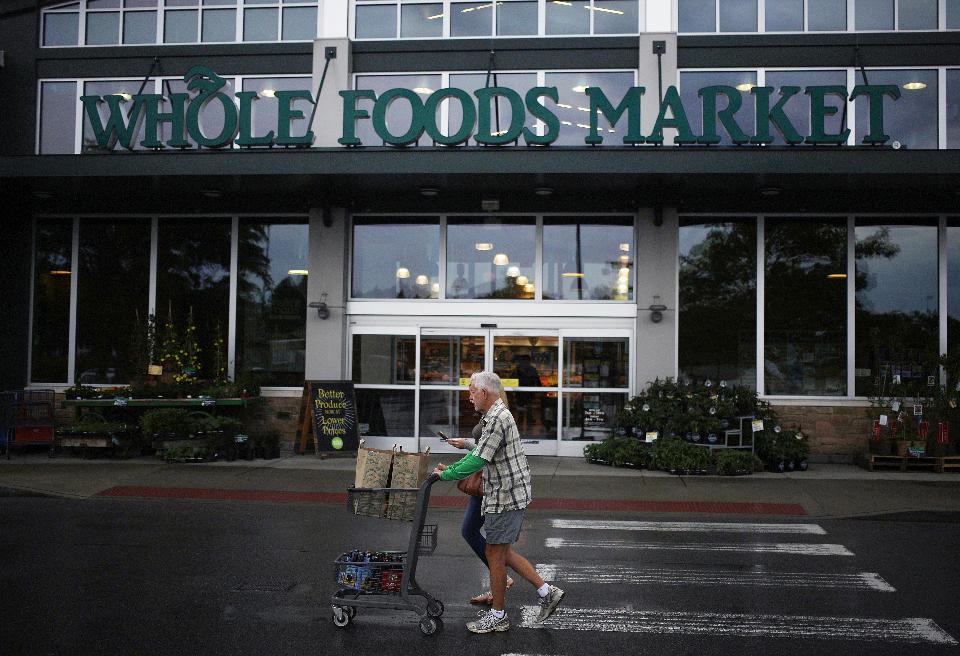 Is Whole Foods In Play?

Whole Foods stock surged today on speculation that Albertsons might be preparing a takeover bid. This announcement comes on the heels of an activist investor, Janus Partners LLC acquiring an 8.3% stake in the company, suggesting that a possible sale could unlock investor value.

Albertsons is owned by Cerberus Capital Management and has been the subject of speculation for multiple buyout rumors. Last month, I commented on the rumor that they might consider acquiring natural foods competitor Sprouts. This deal seems to be losing steam as the Whole Foods rumor heats up.  They have also been linked to multiple deals in the more conventional grocery space. For Albertson’s, it appears that a deal of sorts is imminent as the company seeks to regain the momentum it had after some very successful acquisitions a few years back. It has unsuccessfully attempted to float an IPO several times but its current sales trends, industry issues and high levels of debt have stalled that activity. As I suggested in the Sprouts article, an acquisition in this space makes sense for Albertsons and Cerberus as it puts them in a faster growing grocery segment.

The bigger question might be, what’s in it for Whole Foods?  The company, in order to turnaround a prolonged sales slump, has announced that it plans to be more aggressive on pricing, reduce costs and become a more direct competitor to conventional grocers. It is also working on its second wave of 365 store openings, which represent a potential growth avenue for the chain as it reduces the number of openings of the more capital intensive Whole Foods stores.

So, can Whole Foods complete the transformation on its own or would it be better served being part of a larger chain?  While it is questionable that there are significant synergies to be mined from having Whole Foods aligned with a conventional grocery chain, it might be advantageous to engineer a turnaround outside the public market eye. There are a number of moving parts and pieces to the Whole Foods model and it is likely that there will be a few speed bumps along the way.

With deflationary trends taking the wind out of the grocery industry, I believe we will see a number of acquisitions as chains struggle to drive organic growth. If Whole Foods does come into play, I would expect other candidates to emerge as suitors, including Kroger, the other big consolidator in the space right now.