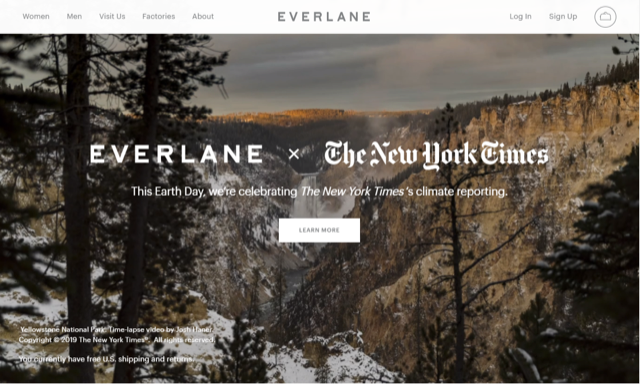 In 2008, I published Greentailing and other Revolutions in Retailing. I posited that Greentailing 2.0, defined as “conscientious retailing built on environmentally sustainable, socially responsible, and economically profitable business practices” would become the new norm for retailers. I built a model around what it would take to make this happen, which involved Thinking Green (cultural change inside businesses), Acting Green (adopting environmentally sustainable business practices), Selling Green (products that are environmentally friendly) and Conveying Green (corporate social responsibility).

I had the data to back it up, consumer surveys showing more interest and several companies stepping up to the plate in all of the above areas. Then the recession hit.  It turns out that while talking about green is great, making green (as in profits) is even more important. And while there are many good examples of companies adopting green practices — particularly in construction, maintenance and CSR – the green revolution hasn’t necessarily taken over, particularly in the U.S. 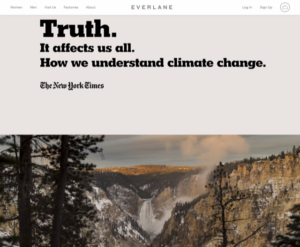 Everlane and The New York Times announce their new partnership.

But every year, as Earth Day rolls around (April 22nd this year), there is the inevitable activity for companies wanting to make a Green statement. This year is no exception, but one partnership in particular caught my eye: Everlane X The New York Times.

Everlane is one of my favorites in the new breed of Digitally Native Vertical Brands (DNVB). The retailer preaches the concept of Radical Transparency, which means ethically-sourcing products from factories audited for fair business practices. Prices, which are significantly less than designer products, are also transparent, with the company showing the cost of materials, labor, transport, duties, etc. to come upon their final price.  Finally, in the spirit of new DNVB brands, the company once famously stated that they would never ever open a retail store, only to backtrack last year with the fist locations in New York and San Francisco.

So, Everlane has legit Greentailing creds. How does The New York Times fit in?  Their home page features the provocative copy, The Truth Inspires Action and states that “no one is better at bringing the truth to light than the journalists at The New York Times”. I suspect there is someone in the Oval Office who has a different opinion, but we will leave that for another day. The remainder of the copy states the case that Climate Change is real, and that you can do something about it.  And, of course, there is product for sale. You can show your support for the next generation by purchasing a t-shirt or sweatshirt. For every one sold, nine public schools will receive access to The New York Times. 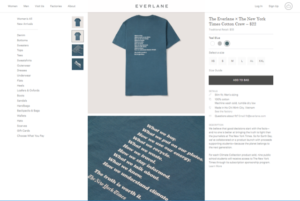 A t-shirt available for purchase at Everlane supports its mission and brings access to The New York Times to the next generation.

It is easy to be cynical about such efforts. The term Greenwashing refers to such deceptive practices which are more about PR than doing good. In this case, I admire Everlane for their efforts here. Undoubtedly, this will garner mixed reviews from a divided populace but is very likely the right stance with their customer base.