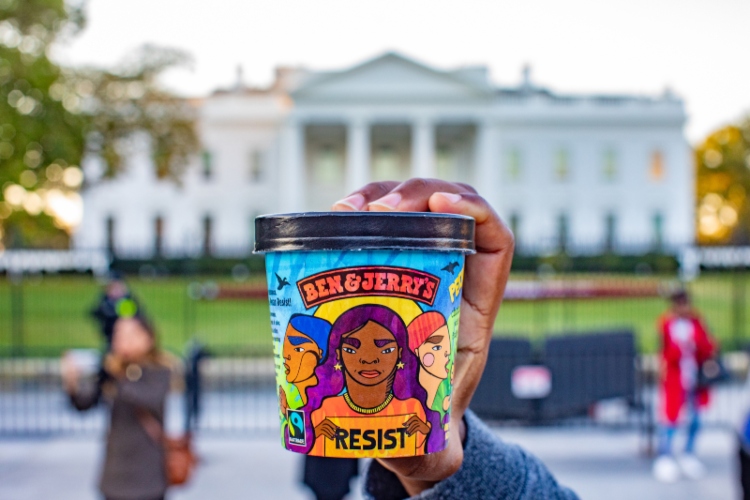 Just as retail stores were beginning to reopen from COVID-19, another tragedy struck the U.S.A. with the death of George Floyd under the knee of Minneapolis police officer, Derek Chauvin. After a video of the incident went viral, thousands of people swarmed the streets of that city to peacefully protest police brutality. By night, the protesting had turned into looting, beginning with a Target retail store near the police station.  Peaceful protests and looting incidents continued, spreading to other cities across the United States and escalating in size and impact.  Countless retail stores and restaurants, both national chains and independently operated stores, suffered business disruption, physical damage and merchandise loss.  In the wake of this turmoil, retailers and brands have been compelled to make a statement and share their perspectives on the situation.   A smaller, we think more courageous group, has taken action to begin the long journey toward real change.

Historically, most retailers stayed quiet on social issues to avoid alienating customers. Taking a stand was seen as risky because Americans are significantly divided on major issues and are quick to boycott companies whose values do not reflect their own. Many well intentioned retailers and brands have also been fearful of having their message misunderstood.  Extreme care is required to avoid being perceived as trivializing key issues in pursuit of profit.  Remember Pepsi’s 2017 “Live For Now” commercial?  It depicted Kendall Jenner handing a can of Pepsi to a police officer which was considered by many to be Pepsi’s proposed solution for police brutality. The company received immediate backlash across social media and pulled the ad within 24 hours of its premiere. Many companies feel it is safer to not say anything than risk potential backfire.

There are several prominent brands who have always refused to stay quiet. Ben & Jerry’s is one, known not only for their delicious ice cream, but also for their advocacy work and activism. With their history of speaking out against injustice, it is no surprise they gave a powerful response to the George Floyd incident. In their statement, they called his death “the predictable consequence of a racist and prejudiced system and culture that has treated Black bodies as the enemy from the beginning.” They also demanded that strong political action be taken by President Trump, Congress, and the Department of Justice to dismantle white supremacy.  Brands like Ben & Jerry’s can be models for other companies. They back up their messages with clear actions and accountability. 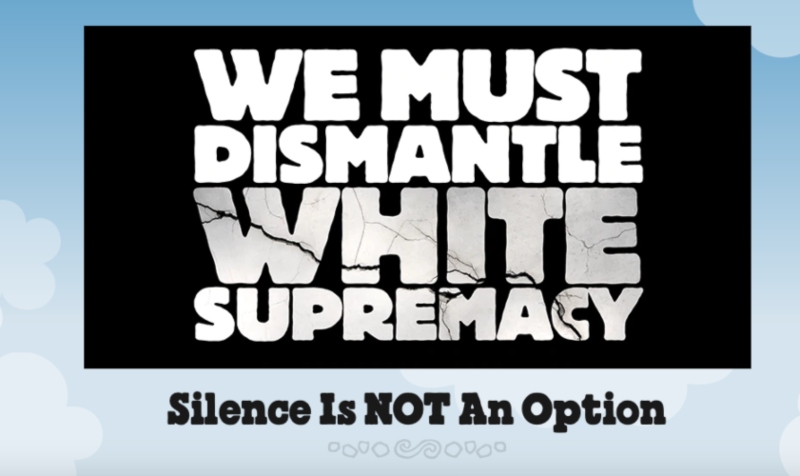 Recent events have been a catalyst enabling many companies to find their voice.  Perhaps it is because polls show that Americans are unified in their belief that race and ethnic discrimination are a problem and the majority believe that anger over the George Floyd death is justified.  Retailers who have previously stayed quiet have begun to speak up. Minneapolis based Target’s response was especially meaningful as they were the first store to be looted during the protests. Instead of focusing on the damage done to their store, they reflected understanding that “The murder of George Floyd has unleashed the pent-up pain of years, as have the killings of Ahmaud Arbery and Breonna Taylor.” The CEO, Brian Cornell, also shared that Target was committed to serving the community by “preparing truckloads of first aid equipment and medicine, bottled water, baby formula, diapers and other essentials, to help ensure that no one within the areas of heaviest damage and demonstration is cut off from needed supplies.” Other companies also spoke up, including Apple. Their CEO, Tim Cook, stated that “To stand together, we must stand up for one another, and recognize the fear, hurt, and outrage rightly provoked by the senseless killing of George Floyd and a much longer history of racism.” Apple committed to donating to organizations that fight for racial equality and working on their own company policies.

With the surge of companies taking a stand on this issue, many consumers felt that speaking out wasn’t enough. Corporations who posted a black square on social media or used the hashtag #blacklivesmatter along with a supportive post received backlash from customers. They were accused of only making a statement to appease their consumers and not lose any business. The skincare and makeup company, La Mer, posted a picture of a white hand and black hand high fiving on Instagram and received comments asking why they hadn’t donated to the movement. Another beauty brand, Glossier, has received praise for taking action beyond their statement and donating $500,000 to civil liberties organizations including Black Lives Matter and the NAACP, as well as $500,000 to black-owned beauty businesses. Casey’s General Store just announced the appointment of their first CIO who is also their first African American senior executive.  Customers want to see corporations backing up their words with concrete actions that support the Black Lives Matter movement, using their money, voice, and resources to donate to organizations or create anti-racism initiatives.

Retailers who do not speak out and continue to post about their products on social media during this time risk appearing tone-deaf. This is especially true of larger corporations like Walmart that have the resources to help. Under Instagram posts of merchandise from last week, customers asked Walmart to speak up and donate to the movement. Some consumers went as far to say that they will boycott Walmart and used the hashtag #walmartiscanceled. Other companies who are staying silent or continuing to post as normal on social media are receiving similar responses and risk alienating customers that will be difficult to win back.

In the past two weeks, protests in the streets and calls-to-action on social media have persisted.  Going forward, it is likely that consumers will continue to expect their brands to speak out against injustice and take actions to support important social issues.

Corporate silence and apolitical companies may be a thing of the past.

Rachel Stern is a Junior at Rollins College studying Social Entrepreneurship and Communications and is passionate about understanding how business can be used as a force for positive social change and environmental action. Rachel is a summer intern at the company, providing support on projects relating to retail and sustainability.