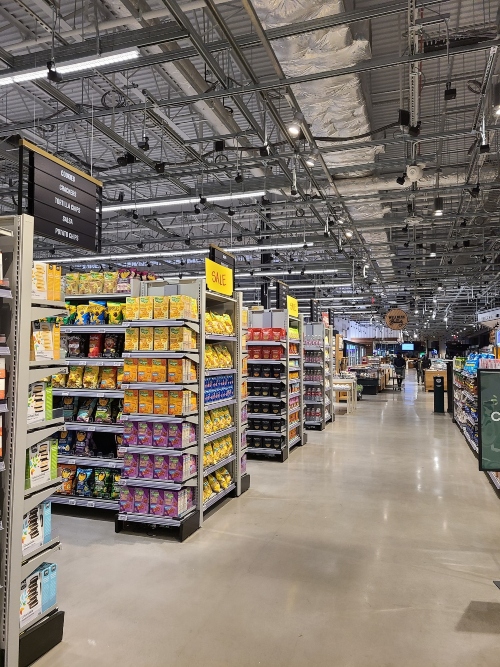 Whole Foods and Just Walk Out: Is the Amazonation Complete?

Whole Foods recently opened a 21,000 square foot store in the Glover Park neighborhood of Washington D.C. It is notable for being only the second “full sized” supermarket to incorporate the Just Walk Out technology that first appeared in Amazon Go stores and more recently made an appearance in an Amazon Fresh store in Factoria, Washington.

We can say with some degree of confidence that few people have tracked the progress of Whole Foods under Amazon’s influence as closely as McMillanDoolittle. Since Amazon purchased the company for $13 billion in 2017, we have monitored developments, from the introduction of lower prices, Amazon led delivery, and Prime membership benefits to the integration of this potential groundbreaking technology. At the same time, we have also watched Amazon’s own continued assault on the grocery business, from their numerous online efforts to the launch of physical formats like Amazon Go and the aforementioned Amazon Fresh stores.

As a professional observer, I did this first in my role as Senior Partner at McMillanDoolittle and now as a direct competitor to Whole Foods in my capacity as CEO of Good Food Holdings, a West Coast holding company with five pre-eminent supermarket banners, including New Seasons, New Leaf Community Markets, Metropolitan Markets, Bristol Farms and Lazy Acres.

Why should we care so much about this latest Whole Foods? The Glover Park store seems to represent the closest blend of a Whole Foods front end experience combined with Amazon technology. On paper, this could be the combination that could upend the industry. We had a chance to visit the store shortly after opening and again after a week or so of operations.

Some of the significant components observed: 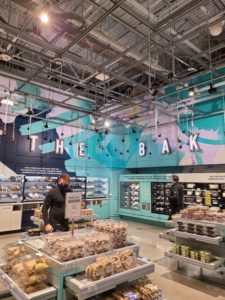 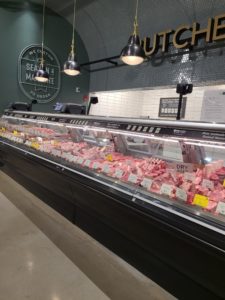 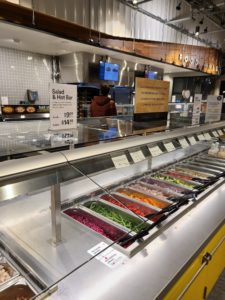 The technology itself more or less worked. During the first trip where we purchased 15 items, two items were missed and an additional item we didn’t purchase was added to the list. The receipt came a few hours after purchase, which isn’t terribly convenient when reconciling the list.  However, it just took a few clicks on the follow-up email to get the errant item refunded. During our second visit, all items were accurately recorded and we were even charged (correctly) for a bag we needed after the transaction was complete. For those uncomfortable with completely autonomous checkout, self service checkouts also appear on the front end.

Amazon, and by proxy, this Whole Foods, has worked hard to remove friction from the shopping trip both online and in their stores. It sometimes comes at the expense of experience and warmth, and perhaps Whole Foods can bring some of this to life. The real question remains of just how much of the Whole Foods experiential elements need to be sacrificed to make this happen.

In the meantime, Amazon just announced that it will abruptly close all of its bookstores, 4 Star stores and mall pop-ups. A not-so-subtle reminder that physical retail is tough to pull off.