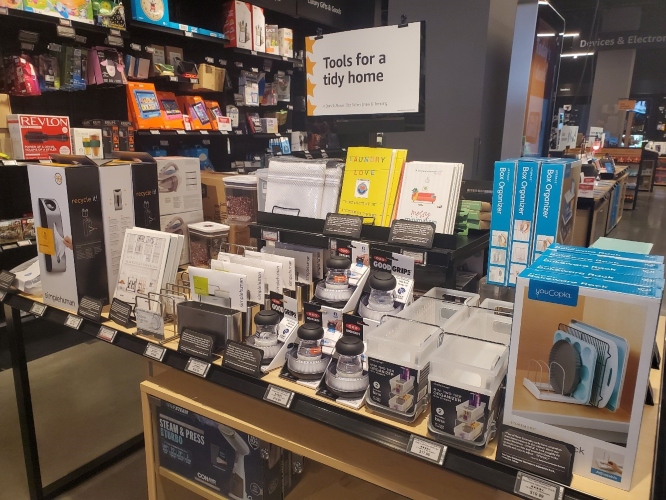 Amazon Abruptly Closes Its Bookstores: What Does It Mean For Its Retail Plans?

Amazon announced that it is closing 68 retail stores, which are comprised of Amazon Books, Amazon 4 Star and Amazon pop-up stores. This announcement has taken the retail world by surprise, particularly as the company recently had plans for further expansion of these concepts.

The first Amazon Books opened seven years ago and marked Amazon’s first entry into the world of physical retail. It was done with a fair bit of irony: the very category that launched it’s e-commerce business and crippled other physical book retailers would now be making a brick-and-mortar comeback. I was an admirer of these stores: they were superb examples of how retailers could blend omnichannel elements seamlessly into an experience, from localized book recommendations and ratings to expedited payment. And, of course, these stores could have dynamic pricing that mirrored on-line activity.

I was less complimentary of Amazon 4 Star stores, calling them “a random hodgepodge of unrelated stuff” when reviewing them for Forbes a few years back, suggesting that physical retail isn’t so easy. To be fair, merchandising improved over time but the stores still lacked cohesion and the divide between 4 Star and Book stores became murkier.

But these stores were often among the busiest in any shopping center and contained categories of hardlines retail that are largely absent today.

The closure of these stores represents a very minor speed bump for Amazon, both for its overall business as well as its future physical retail aspirations. The physical division is dominated by food retail in the form of 450 or so Whole Foods stores, 24 (and growing) Amazon Fresh stores and Amazon Go. In fact, Amazon just opened the first Whole Foods with Just Walk Out technology, which represents the further advancement and merging of its physical retail formats. Amazon Style will open shortly with a focus on soft lines which demonstrates that its probes into physical retail are hardly over.

I don’t think Amazon will be getting many sympathy cards from its competitors but any time physical stores close, it is a blow to the community, to the associates working those stores and the vibrancy of shopping centers.

To steal my headline from several years ago: Maybe Brick and Mortar Retail Isn’t So Easy After All. Even the giants with unlimited resources sometimes find this out the hard way.