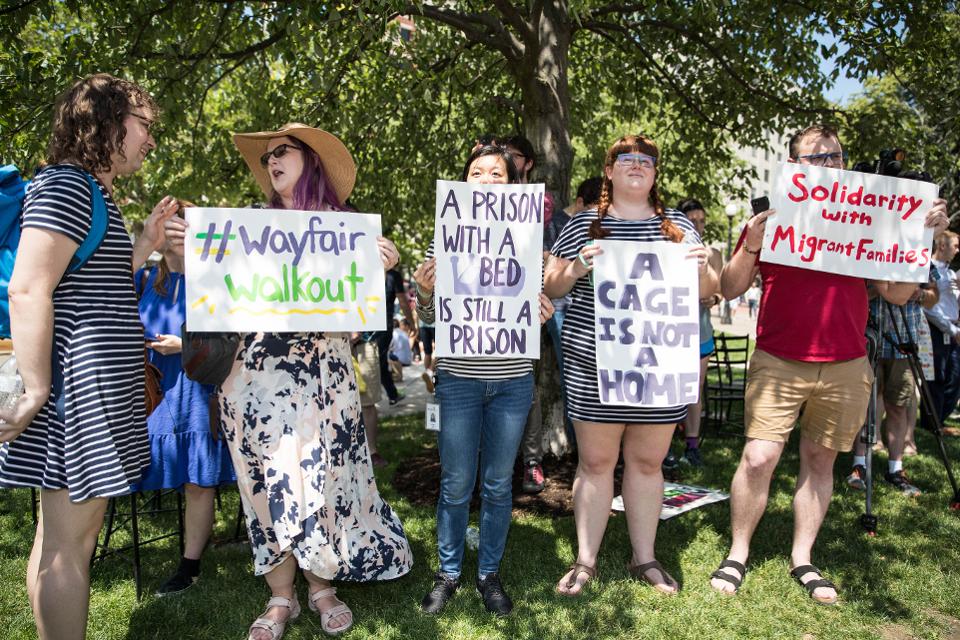 Efforts to intervene in social, political, economic or environmental reform have largely been driven by activist organizations and individuals. Retailers, for the most part, have been content to stay on the sidelines for fear of alienating a particular customer group and targeting one demographic group over another. This middle ground of indecision, however, is no longer an option. Retailers are being forced to take stands on social issues by both customers and employees. And oftentimes, the controversy comes from an entirely unexpected place.

Wayfair, an online marketplace for home goods, is one such example. Over the last few days, Wayfair has landed in the middle of a politically charged discussion on immigrant detention centers on the United States and Mexico border. The detention centers are being overtaxed and the quality of life for the detainees has been quickly degrading.

The issue (and controversy) arose when Wayfair employees learned that the company had received a $200,000 order from a government contractor that manages border detention camps. Upon discovery, Wayfair employees sent a signed petition to the leadership team of the company asking to cease all current and future business with contractors participating in the camps’ operations and to donate the proceeds of this sale to a non-profit helping immigrants. This demand was predicated by the belief that Wayfair shouldn’t be “enabling, supporting or profiting from [the detention centers]” by doing business with government contractors involved.

While this situation presented an opportunity for Wayfair to follow in the footsteps of other retailers who have taken strong social stands such as Dick’s Sporting Goods, Patagonia, and CVS, Wayfair’s leadership team decided to ignore the protest from employees and fulfill the order. This decision has led to an escalation of the issue including an employee walkout and caused backlash with customers as well, with some calling for boycotts against the company. The aftermath of this situation is still unfolding, but ultimately this was a missed opportunity to resonate with its employees and customers. This action has now impacted how future employees will view the company’s core values and might deter customers from shopping with Wayfair. Wayfair’s stock has ping-ponged up and down so it is difficult to understand the long term impact.

The situation Wayfair finds itself in is a difficult one. An argument could be made that these centers are trying to improve conditions and Wayfair is assisting. But, management should have been more sensitive to the larger optics and followed the employees’ suggestion to donate the proceeds to a worthy charity.

Wayfair’s employee walkout should be a shot across the bow for retailers everywhere. Businesses are not faceless organizations that only sell products, services, and experiences. Consumers (and employees) want to align their values with the companies they are doing business with. By humanizing retailers, we have raised our expectations of their actions in moral, ethical, and political situations. The companies that don’t take retail activism seriously will likely see history repeat itself.

Wayfair, quite by accident, joins the growing list of companies thrown into the world of politics. I don’t think they want #wayfairwalkout to be the hashtag du jour.