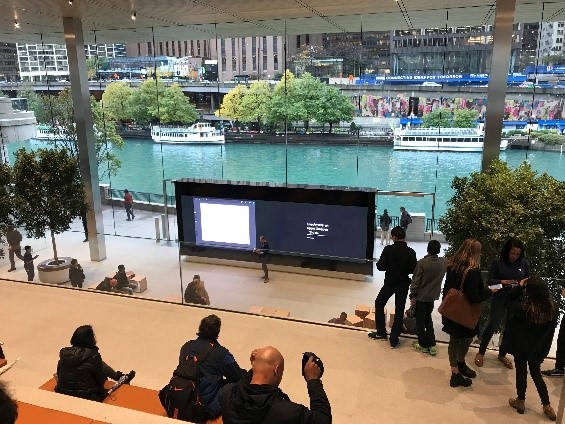 The Second City Gets Its Big Apple

On Friday, Apple opened “the first in a new generation of Apple’s most significant worldwide retail locations” (Angela Ahrendts) on Chicago’s Riverwalk. Designed by London-based Foster & Partners, the exterior features a thin Macbook inspired roof, and floor-to-ceiling glass walls that blur the line between inside and outside. This physical space—impressive even by Apple standards—connects North Michigan Avenue, Pioneer Court and the Chicago River. 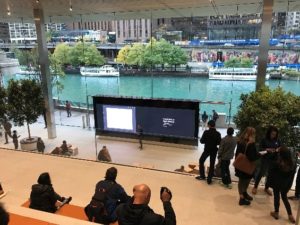 Apple’s latest in Chicago is a testament to the brand’s ability to re-think retail and remain adept at evolving the in-store experience to exceed the consumer’s fickle expectations. While many brick and mortar retailers struggle to move from points of commodity in favor of points of engagement, Apple makes it look easy. Registers, service desks and any other traditional store cues are replaced by spaces for people to gather and collaborate. 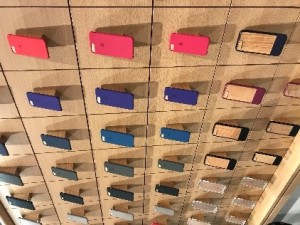 Although, the new space deemphasizes the point of transaction, it does not undervalue it. The store strategically merchandises both devices and accessories untethered, unboxed and with an implied invitation to touch. This clever approach gets their products in the hands of the consumer without an uncomfortable pressure to purchase.

And the company is placing a big bet that this strategy will pay off. at the opening of its first (now shuttered) location on Michigan Avenue. This team will offer the same white glove service that consumers have come to expect at other Apple stores, but it’ll go a step further by offering a limited run of courses through its first city-specific educational venture, “The Chicago Series,” developed in partnership with local creative organizations and non-profits.

Metaphysically, the store will serve as a community fixture. From a forum for hungry Apple aficionados to consume the latest tips & tricks to a meeting spot for a day on the town, this Apple store offers something for everyone…down on the river.