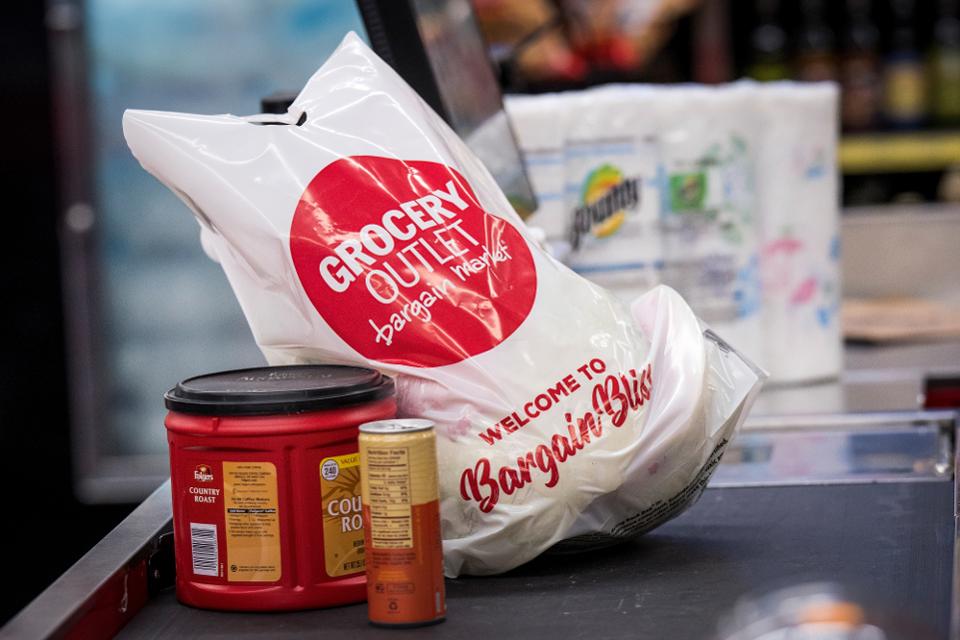 Grocery Outlet IPO: Why The T.J. Maxx Of Grocery Stores Appeals To Investors

Grocery Outlet, the extreme value grocery chain you have likely never heard of, made its debut as a public company today and provided insight into the discount grocery business.

While ALDI and Lidl receive endless news coverage, Grocery Outlet has flown somewhat under the radar. The primarily West Coast chain operates 320 stores and quietly generates approximately $2.3 billion in revenue. Its IPO is expected to raise more than $350 million, with the proceeds used to reduce debt and help propel the chain’s growth strategy.

With the strong initial response, Grocery Outlet will likely not stay under the radar for long.

For those unfamiliar with Grocery Outlet, the stores are a similar size to an ALDI or a Trader Joe’s at around 15,000 or 20,000 square feet. However, the footprint is where the similarities end because Grocery Outlet approaches the market very differently. Grocery Outlet offers name-brand products at huge cost savings that are promoted as 40% to 70% lower than conventional grocery retailers. The cornerstone of the chain’s business is its ever-changing “WOW!” deals.

These “WOW!” deals are accomplished through opportunistic purchasing from suppliers and vendors. When name-brand suppliers make changes in packaging, overproduction, food that is close to the “use-by date,” etc., Grocery Outlet is there to take the merchandise off their hands at a fraction of the cost. Thus, enabling huge discounts that then become part of the chain’s mystique and allure. These opportunistic buys have allowed Grocery Outlet to offer consumers value while also recording higher than industry standard gross margins.

Another aspect that is unique to Grocery Outlet is its store operations. The stores are operated as a licensing agreement with Independent Operators (IOs) who are responsible for local marketing, hiring/firing, assortment decisions, and all things within their store. These managers are typically husband-wife couples or families living in town. These store managers decide approximately 75% of the assortment that show up in their stores and split the gross profit margin on the store 50-50. This incentivizes top-line sales and margins while still allowing for highly localized assortments. But this model also allows for the possibility of inconsistent branding and experience from store to store.

With the filing of the IPO, it’s clear that Grocery Outlet’s aspirations are to expand beyond its West Coast roots. Management believes that there is opportunity for at least a few hundred more stores in current states and up to 4,800 locations nationally in the long-term. This type of expansion means more direct competition with other discounters such as ALDI, which is more heavily located in the Midwest and the East coast. This move towards more rapid expansion could impact the company’s supply of opportunistic buying, the Independent Operator structure, and the brand’s current strategy to generate brand awareness.

In speaking with Grocery Outlet’s CEO Eric Lindberg and vice chairman MacGregor Read, their belief is that the access and supply of opportunistic purchases is not at risk of going away anytime soon. According to MacGregor, we could “triple or quadruple the store base and still maintain a semblance of the same mix.” Additionally, Lindberg even mentioned that “as we’ve gotten larger, we’ve actually gotten more access to supply.” This is a promising sign for Grocery Outlet and its new shareholders.

Ultimately, Grocery Outlet’s value proposition as an extreme value retailer of name brands is unique in the landscape. Grocery Outlet doesn’t have all the bells and whistles. It doesn’t offer e-commerce or plan to, and it doesn’t plan on developing its own private label brands anytime soon. This is a chain that focuses and delivers on one thing—value. The factors that have made it successful show no signs of abating: increases in wealth disparity, treasure/deal hunting behavior, price sensitivity and others.

Going public brings this type of business model to the forefront and highlights the next wave of competition major grocery chains will have to be wary of. If Grocery Outlet can defend its brand perception of value without significant margin degradation, then expect Grocery Outlet to continue its 15 straight years of sales growth.