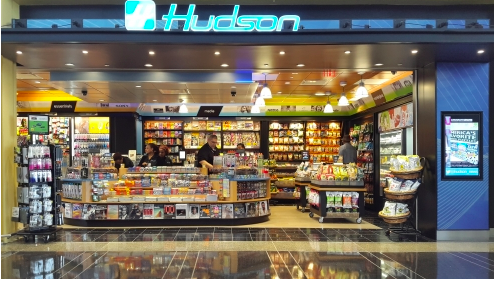 Where Amazon Go Goes Next 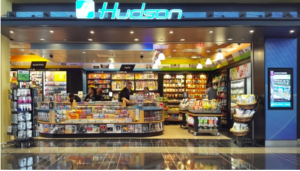 As Chicago residents, we’ve been excited to see two Amazon Go locations open in the Loop.  Now we’re waiting for the next Chicago Go to open – but this one has a slight twist.    Rather than another street-level store in a bustling office district, Amazon Go’s third location in Chicago will open at Ogilvie Transportation Center – one of two downtown train stations that serve Chicago’s commuter population.  It will be located near both an Au Bon Pain and a Hudson News.

Hudson News is a dominant incumbent in travel retail with over 1,000 locations in North America, primarily situated at airports and transportation hubs.

To many travelers, Hudson is an unbranded specialty store where you buy magazines or gum before getting on a plane.  A customer might buy chips or trail mix, but Hudson normally cedes food to other alternatives.  (They recently began testing grab-and-go food coolers in select locations.) Wait times can be long, the service provided by the employees is underwhelming, and we are forced to pay a lot for bottles of water.

Hudson thrives because of a lack of competition.  Space is limited, and the process to obtain a physical retail space in an airport is managed at the individual airport level.

Is Ogilvie a test case for Amazon to enter travel retail?

So far, Amazon Go has primarily offered grab & go food options.  But there is no reason the product assortment couldn’t expand easily to suit travel retail – after all, mimicking a Hudson News stand’s offering of books and magazines isn’t that different from Amazon Books. And situated almost directly across the causeway from the Hudson and just around a corner from the Au Bon Pain, Ogilvie is a great test lab.  We will be closely watching if the typical assortment changes.

Why would Amazon win?  Because getting rid of the line and service would make a lousy experience at the airport or hub less lousy.  That’s compelling to most consumers.  Hudson doesn’t have a loyalty program.  It hasn’t built a brand.  What’s to keep you miserable?

Location would still play a part in the consumer’s decision between a Hudson and an Amazon Go.  But now convenience would be the key differentiator.

Getting locations will be hard – but what Hudson currently views as a growth prospect – the infrastructure updates occurring at many of our nation’s airports – could also be an opening for Amazon.  Each renovation might open a new space for a different retailer.  Amazon may be lobbying the airports as we speak.