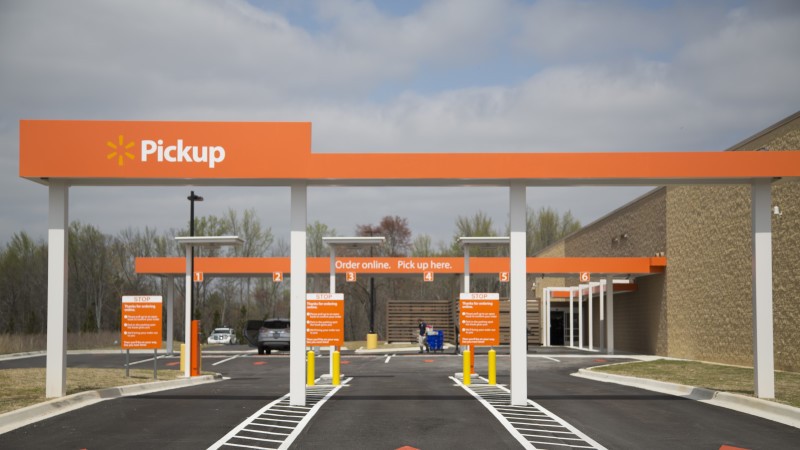 Walmart Doubles Down On E-Commerce: Is It Too Late To Slow Down Amazon?

In the past few weeks, I have seen some aggressive announcements from Walmart regarding their e-commerce and omni-channel plans. From an omni perspective, Walmart has expanded their curbside, buy on-line and pick-up in store initiatives to around 30 markets in the U.S.  Customers ordering by 10 a.m. can reserve a slot and pick up the same day. This service is particularly geared towards food customers with Walmart touting the number of fresh items in these baskets. Curbside service is being expanded by a number of regional and national grocers as a way of tackling the demands for immediacy from consumers as well as the high costs of delivering fresh product. But, at the very same time, Amazon is doubling and tripling down on Prime Now, a service geared towards urban markets (it is now in 21) with the promise of free delivery within a two-hour window and a small charge to have it delivered in an hour.

On the heels of curbside, Walmart has announced their move into the free two-day delivery business. With a service called shipping pass, for $49/year customers will be eligible for this service, which will leverage Walmart’s massive distribution network. The country will be served by eight dedicated e-commerce distribution centers, 6,000 trucks from their fleet, 4,600 brick and mortar stores, 80 of which will also serve as on-line distribution points.

It sounds impressive. And it is. But, and here it comes again…Amazon has already moved well beyond the threshold of free two-day delivery to an enormous customer base. An estimated 34 million American households are prime members, which account for almost a third of U.S. households, and, I suspect, the households worth targeting with significant disposable income. And, Amazon is upping the threshold with one-day and often same day delivery to this customer base. During the last holiday season, Amazon was estimated to have picked up nearly 60% of all on-line sales, an amazing number when its actual on-line share is less than 20%.

Walmart can’t be faulted for its aggressive moves on-line. But, I wonder if it’s enough? While it is the second largest e-commerce retailer in the U.S. with sales of around $13.5 billion, it trails Amazon significantly and still only represents 3% or so of its total sales.   For a company of its size, Walmart will need even more aggressive moves and it still seems like Amazon is beating it at each turn.

Free two-day shipping would have elicited a gasp several years back. Now, it barely makes the news cycle.