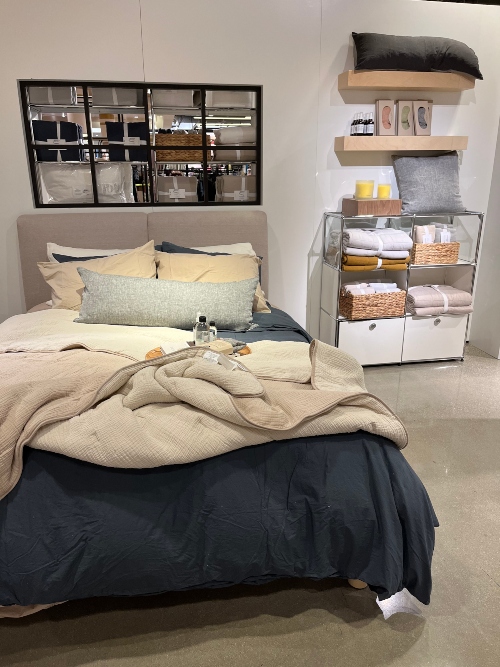 Direct-to-consumer (DTC) models revolutionized retail for brands by operating with superior margins unburdened by the costs of stores or wholesale economics. Their Achilles’ heel has been the increasing costs of online customer acquisition, which has led many to struggle with profitability and turn to new formats to acquire customers. Emerging home goods DTC player Parachute has been investing in stores and pop-ups to expand their audience in the competitive home goods category. Read on for our take on their recent hits and misses in physical channels.

Parachute Enters Nordstrom in Bid to Broaden their Reach

Starting this summer, LA-based retailer Parachute launched 9 limited-time Pop-In@Nordstrom locations, expanding their physical reach beyond their 19 current store locations. Leveraging a department store as a partner offers pros and cons for a company like Parachute; pop-ups draw in younger customers attracted to newness and offer an interactive experience but can fall short due to timing, marketing requirements, and execution.

Pop-ups give DTC retailers the opportunity to grow brand awareness in a way that doesn’t easily translate online. Through its partnership with Nordstrom, Parachute is able to reach not only Nordstrom’s middle aged and wealthier clientele but also Gen Z and Millennials. Younger customers that mostly shop online are drawn in by the chance to have a hands-on interaction that is especially compelling in bedding. In fact, ModernRetail reports that fellow DTC home goods retailer Brooklinen saw an increase in both e-commerce and in-store purchases after expanding into physical retail. Compatibility within a partnership such as Parachute and Nordstrom’s can make or break the DTC retailer’s move into physical stores. Ultimately, successful department store partnerships rely on a strategic fit for the target customer as well as the store’s customer engagement model.

Usually, DTC brands specialize in specific products touted as best in their category. While this strategy may translate well for a pure DTC model, it poses challenges for creating a full-fledged retail offering.

Expansion into adjacent categories can assist in the journey into physical retail with a more compelling branded assortment. Parachute for instance expanded beyond bedding into robes, towels, and furniture. At Parachute’s Pop-In@Nordstrom, there was unsurprisingly less product compared to one of the company’s standalone stores, but the integration of brands complementing Parachute’s product line stood out. Products unique to the pop-up such as weighted eye masks, paper lanterns, and body care falls in line with Parachute’s intention to elevate everyday living. 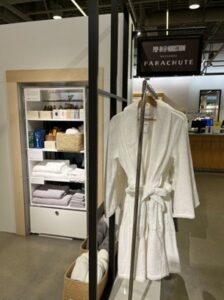 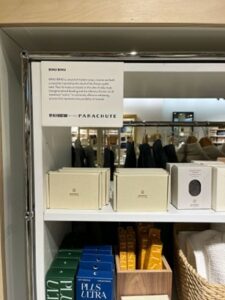 Did Parachute’s Pop Up Come to Life?

Ultimately, Parachute’s Pop-In@Nordstrom didn’t live up to its potential due to the timing and execution of the pop-up. 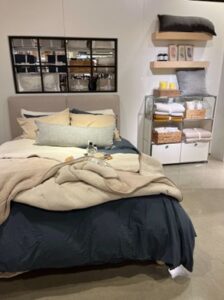 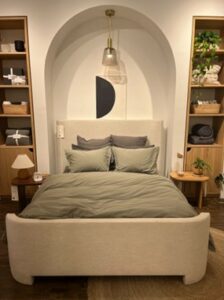 Are Pop-Ups Right for You?

Pop-ups are a great opportunity for both DTC retailers and department stores – DTC retailers often bring in younger and more digitally native customers to department stores and are able to grow and better satisfy the needs of their customer base through physical exposure.  Pop-ups can be very successful when they are done right – or act as a costly missed opportunity.

Understanding consumer trends and the target market can influence decisions when it comes to the timing and executional requirements of a winning pop-up strategy. Deciding whether a pop-up strategy may be right for your brand?  Reach out to us for a complimentary consultation.  Please also stay tuned as our team continues to share retail insights on our blog, and be sure to check out our Instagram feed and stories for inspiring content at the intersection of digital and physical retail.