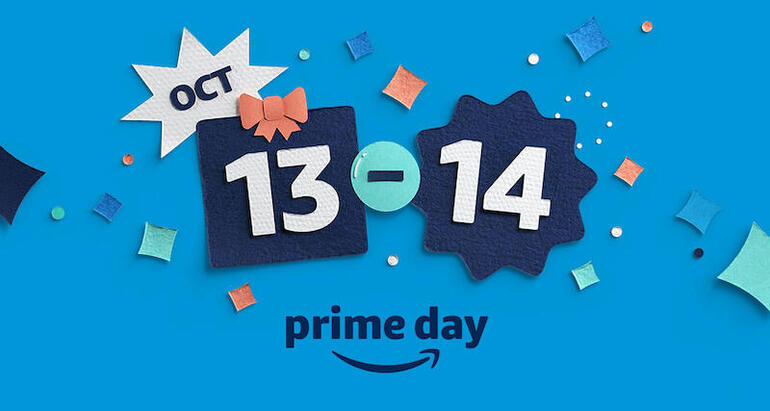 Much like the rest of 2020 conventions, this year’s Holiday season will be quite different than in years past. From a topline perspective, experts are forecasting tepid growth compared to last season due to recessionary pressures stemming from the novel coronavirus. According to RetailDive, about 1 in 2 American consumers have experienced some level of economic hardship as a result of the pandemic and nearly 1 in 4 are planning to spend less than they did the last Holiday season. Not only will spend likely be blunted in aggregate, but what people buy and how they buy it will be distinct this season. Category performance is likely to favor winners and losers.  Certain categories such as apparel, toys, footwear, technology, and videogames are likely to remain healthy while others will suffer.

In the second quarter alone, retail E-commerce accelerated rapidly, with peak penetration at more than double the levels observed last year. We expect this heavy reliance on E-commerce to continue throughout Holiday, creating two secondary effects:

1) Concentrated Shopping: Greater holiday online sales will translate to larger baskets at fewer retailers, as browsing, window-shopping, and treasure hunt behaviors do not translate as well to the digital world. Emerging data supports the notion that most shoppers plan to do more targeted shopping at fewer stores this year.

2) Earlier Start De-emphasizing Black Friday: The E-commerce phenomenon will only accelerate the trend towards an earlier and earlier start to the Holiday season. Even before this year, Holiday-destination retailers were taking steps to spread out Holiday shopping back to early November and even October; a longer season means fewer supply chain bottlenecks, less in-store crowding, and potentially more spend on the consumer side. This will be especially important as E-commerce takes on a larger share of Holiday sales than ever before: parcel carriers will be working at capacity and savvy consumers with the fresh memory of Q2 product shortages and shipping delays may order gifts earlier in the season.

Nothing exemplifies the importance of this Holiday’s E-commerce rise more than Amazon moving their Prime Day event from its traditional summer date to mid-October, boldly marking the unofficial start of Holiday shopping. Sales for the two-day event are estimated to exceed $10B, boosting Amazon’s Q4 results and capturing greater share-of-wallet of Prime members. Prime members are typically higher-income than the average consumer, making them especially attractive Holiday shoppers this year as disposable income is diminished, especially for lower-income families.

Post-purchase surveys conducted by Numerator show that this year’s Prime Day shoppers skewed younger, middle- and upper-income, and female. About 3 in 4 have been Prime members for more than 2 years and spent about $110 in total, with the average purchase price per item coming in around 33 dollars. 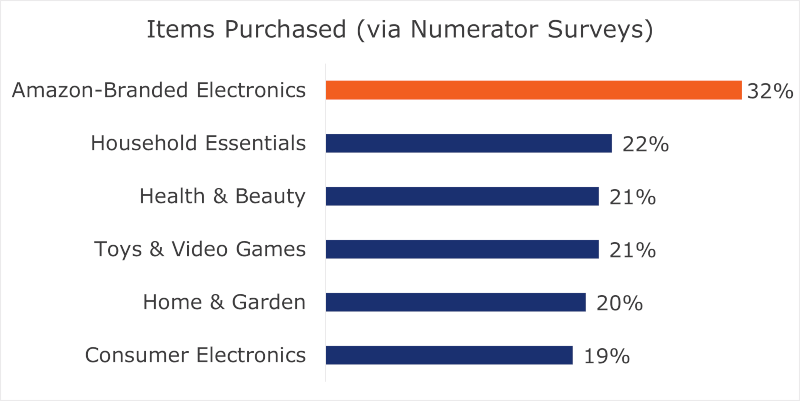 Amazon also touted their support and promotion of third-party vendors who accounted for $3.5B in sales this Prime Day, up nearly 60% from last year.

Amazon has plenty of competition as the biggest mass retailers spent all year beefing up their E-commerce capabilities and have launched parallel sales events to rival Prime Day. Though Amazon only announced this year’s Prime Day two weeks ahead of the event, Walmart and Target launched major sales events during the same week as did some smaller online retailers.

Walmart is taking major steps to compete directly with Amazon. Their Big Save event is meant to rival Prime Day, and ran Oct. 11-15, starting a day before and ending a day after Prime Day. Walmart also recently launched their Walmart Plus membership service: this membership costs slightly less than Prime ($98 vs. $119 annual) and gives subscribers access to free same-day delivery on thousands of items as long as the order is >$35, as well as giving them a 5-cent/gallon discount at participating Walmart and Murphy gas stations.

Walmart’s vast physical assets (90% of Americans live within 10 miles of a Walmart) will allow them to provide cheap and fast delivery of fresh and grocery items to a much larger consumer-base than Amazon can. The fuel benefits will drive additional traffic from competing gas stations and C-stores towards Walmart. Piplsay Research is reporting that 11% of the population have already signed up for Walmart Plus since its launch in September and that 20% of them have migrated from Prime.

Demand for a Seamless Customer Experience Has Accelerated

This year’s extreme conditions and retailers’ attempts to adapt underscore the growing consumer expectation for flexibility and convenience. Consumers want a frictionless experience, no matter the category or whether it’s bought in-store, bought online for curbside pickup, or delivered. The global pandemic and atypical Holiday season only amplify this demand, elevating it from a want to a need.

Holiday 2020 (and beyond) will belong to the retailers that can get their customers what they want, quickly, no matter the channel or touchpoint. To this end, e-tailers like Amazon are continuing to invest in brick-and-mortar assets while traditional retailers like Walmart are building out their digital capabilities. Full omnichannel harmonization is more important than ever.

McMillanDoolittle will continue tracking what will surely be an unusual season through our proprietary consumer research over the rest of the year. Be on the lookout for more holiday coverage and primary insights coming to the blog soon.