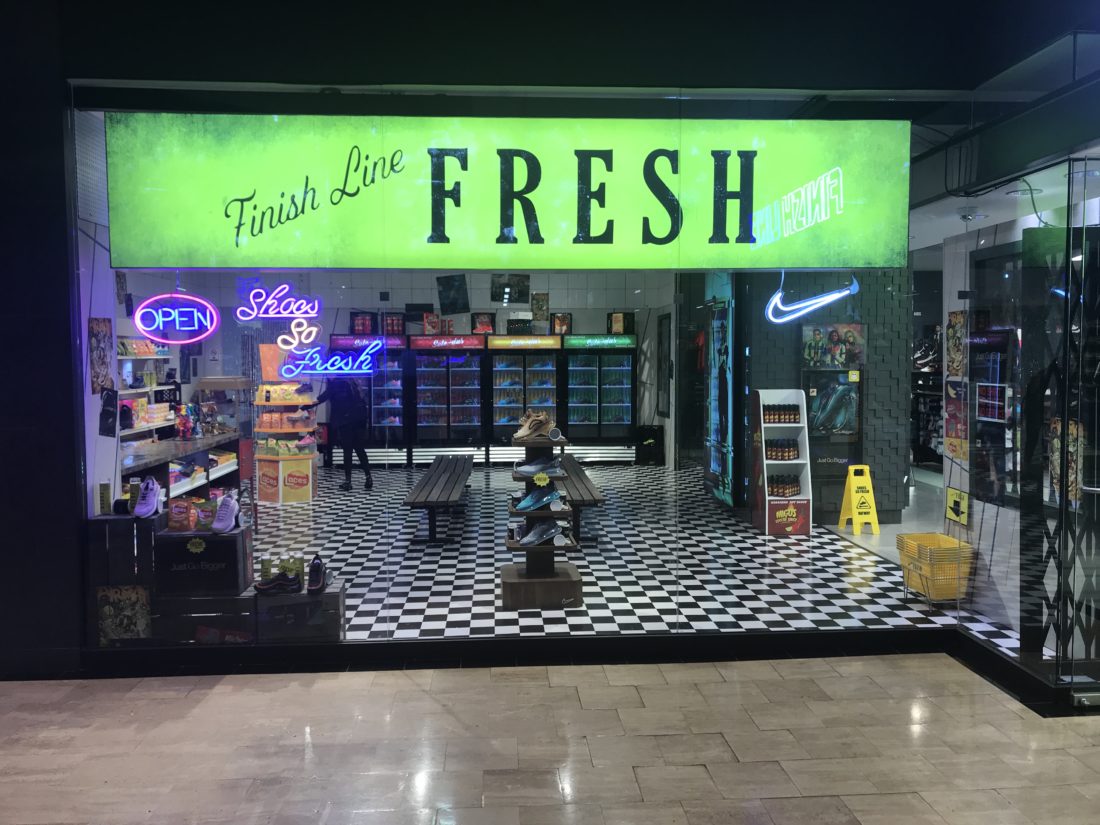 A Digital Win And Physical Loss At Finish Line Fresh

Finish Line has its struggles. A mall-based retailer – in a crowded space and previously focused on “just shoes” – Finish Line lost share for five years to the lifestyle merchandised Foot Locker and its own supplier’s direct-to-consumer efforts. A strategy to place 300+ shop-in-shops in struggling Macy’s stores added to the impression that the retailer was shoes-only and could win only on price. But a refreshed store concept began rolling out in 2017.  And in 2018 – its first year after an acquisition by UK-based JD Sports – Finish Line stores grew both revenue and earnings. JD’s lifestyle merchandising expertise and global knowledge should accelerate the transformation in 2019.

In order to improve its positioning as a sports fashion retailer, Finish Line has focused on linking pop culture to its brand. Frequent collaborations with musical artists are layered on to routine athlete and team endorsements, helping repair the retailer’s relevance. 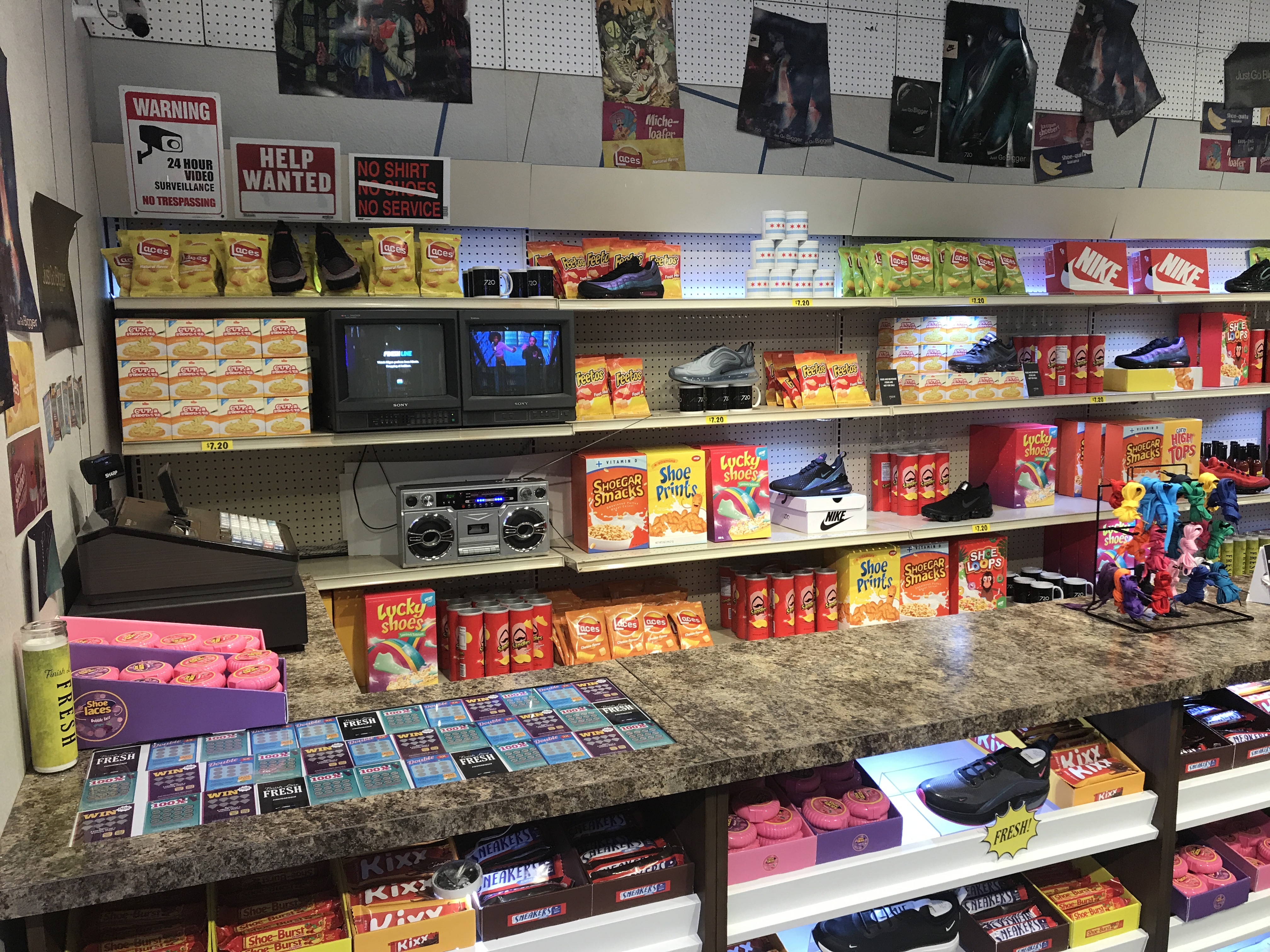 One of the larger efforts has been with the hip-hop group Migos. Migos filmed videos set in a fictional bodega and featured their music in Finish Line’s Youtube channel in 2018. In 2019, Finish Line invited Migos to shoot both a video and curate an online assortment. To bring excitement to their physical space, Finish Line inserted faux-bodegas in three of its mainline locations; Garden City’s Roosevelt Field, Chicago’s Water Tower Place and Torrance’s Del Amo Fashion Center. The installations began in March and end April 26th.

Cool, right? Yes. But the physical store reveals that experience is not as valuable as customer engagement. 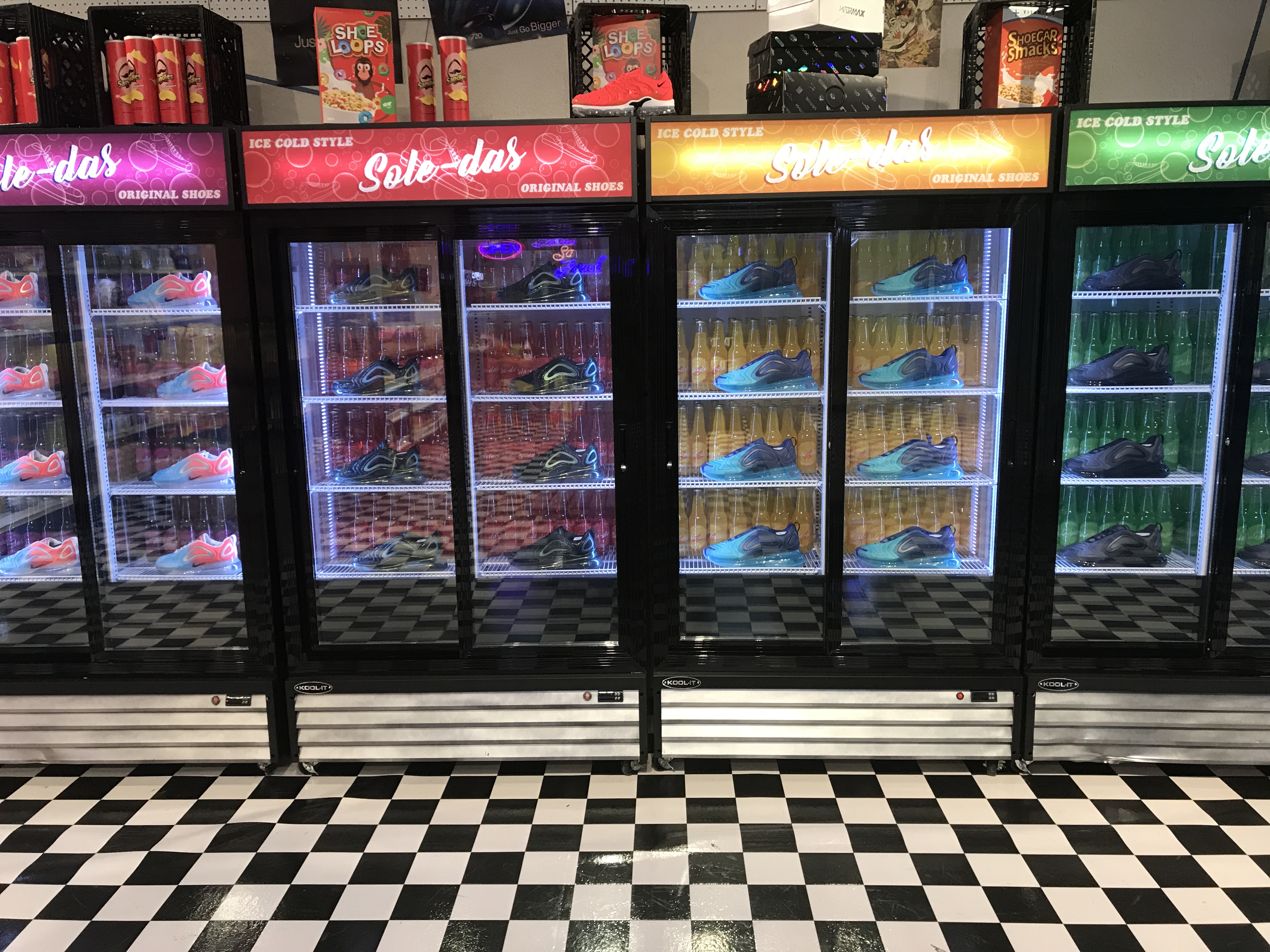 The physical space is fun and showcases the featured product in a positive light. But for all the expense of revamping a substantial portion of the store – and then keeping the installation for only four weeks – the investment has been wasted. The Chicago store associates acknowledged that store traffic was “pretty much the same” and only one launch event had been held at the site. Even with the attentive associates, it is easy to walk in and walk out with just an “isn’t that cool.” A better location in Chicago could have improved awareness and efficacy, but unfortunately, the Water Tower Place isn’t what it once was and the seventh floor is a low-traffic space. But even a better location and more events would show that the experiential retail concept isn’t as valuable as the digital campaign that is building a community.

The digital effort builds a deep relationship with sneakerheads. Migos has the right credentials and is recognized by media authority COMPLEX as a tastemaker.  Stranger Thing’s Caleb McLaughlin, hip-hop artist Billie Ellish and Jerry Rice all join Migos in the video and add further validation. The Youtube channel is just part of the digital ecosystem the Finish Locker has built and an excerpt of the latest bodega video garnered 4.5M views. The commentary was robust. The shoes picked for the curated assortment sparked a mostly positive twitter debate. Finish Line’s efforts made it part of “the conversation.”

Looking at the total effort, Finish Line has done substantial work. But the physical manifestation of the bodega campaign is a good reminder to all retailers that experience can be an over-hyped fix. The faux-bodegas will not have a meaningful impact on Finish Line’s business.  Creating engagement – either in physical or digital space – should be the goal for most retailers – and will change a retailer’s trajectory.  Finish Line has made progress there.