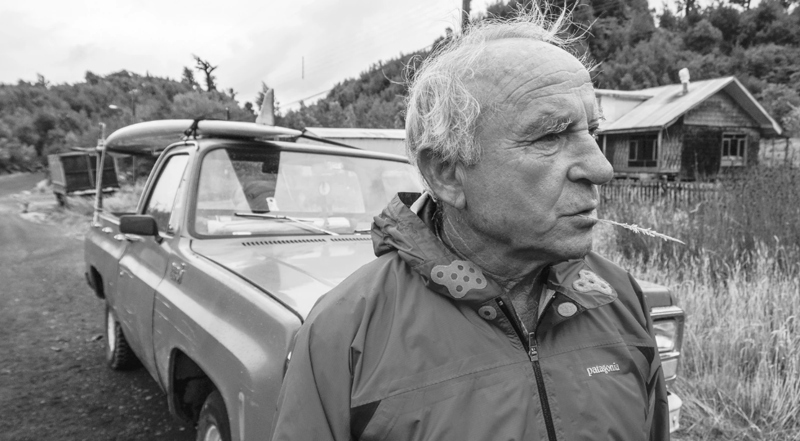 Patagonia is no stranger to prioritizing activism in its business practices – notable efforts including posting bail for company employees arrested during peaceful protest and enacting a self-imposed ‘Earth Tax,’ where the company donates 1% of all profits to environmental nonprofits globally. Patagonia’s founder Yvon Chouinard’s transfer of company ownership is the latest and most drastic step for Patagonia to continue to support people and the planet.

Chouinard believed that there were no good options for an ownership transition that would support Patagonia’s ongoing environmental activism, so he created his own solution. Chouinard and his family no longer own Patagonia– the family transferred full ownership of the company, valued at approximately $3 billion, to a trust and non-profit organization. Notable that this transfer of ownership posed no direct tax advantages for the Chouinard family – this transaction will cost the Chouinard family approximately $17.5 million in taxes. The Chouinard’s decision to ‘give away’ Patagonia charts a new path forward for the company that supports a long-term sustainable and ethical operating model. Under its new ownership Patagonia will continue to operate as a private, for-profit company.

Who Owns the Company Now:

Day-to-day Operations Will Remain the Same

Retailers considering environmental sustainability in their operations, manufacturing and marketing strategies is nothing new, but Chouinard’s complete transfer of company ownership far surpasses his environmentally minded peers. This operating model is indisputably unique – Chouinard rejected conventional approaches to reposition the company, like selling Patagonia or taking it public. 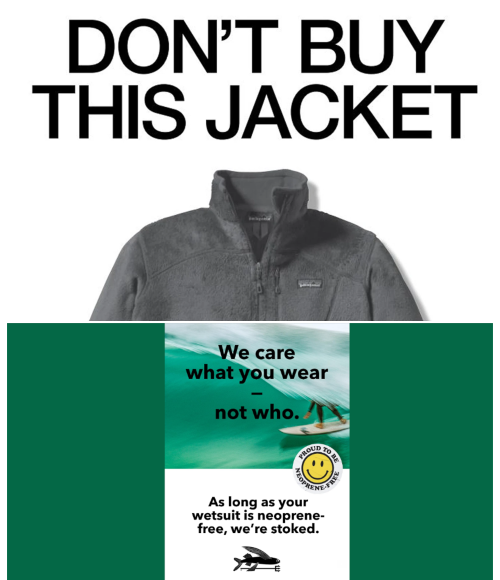 Environmental activism is commonplace in Patagonia’s customer communications. ‘Don’t buy this jacket’ (top) highlights the importance of purchasing high quality, responsibly made garments, and repairing them rather than buying new. Patagonia’s brand agnostic, neoprene-free campaign (bottom) illustrates the company’s campaign to encourage customers to wear wetsuits that don’t contain neoprene (neoprene is known to be harmful to the environment) – even naming competitors that also make neoprene-free wetsuits. Image Source: Patagonia

Patagonia has transferred the decision-making and strategic direction from profit-minded shareholders to organizations that equally consider Patagonia’s company performance and protecting the environment. Protecting nature is one of Patagonia’s four core values – along with not being bound by convention – Patagonia’s new ownership model reaffirms the company’s commitment to its values.

While transferring full company ownership will likely be the exception rather than the rule in the retail landscape, this decision opens the door for other companies to adopt the idea at scale. Using Patagonia as a model, this trend could manifest in companies allocating a portion of their assets to individuals or interest groups that support ongoing environmental activism, alongside growing profits and increasing shareholder value. We are excited to see what’s next for Patagonia, as the company has taken the leap to embed their core values into the bedrock of company operations.