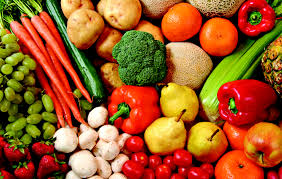 A Look Forward To Food Retail In 2017: What To Look Out For?

I recently had the privilege to speak at PLMA Live breakfast session at the Private Label Manufacturing Association Conference held in Chicago on November 15th. PLMA is the world’s largest trade organization dedicated to store brands. The organization has grown and is thriving as private brands are becoming farther reaching and more sophisticated.

The key question, and topic, was a simple one: What should retailers be focusing on in 2017? The answer is always more complicated. I identified three big macro trends and then put a further focus on disruptive formats that are changing the face of retail.

The macro trends were as follows:

• An unprecedented election and an uncertain future. The election captivated American consumers and the result was an unexpected one. What does it mean for retail? Hard to say or even speculate at this point other than Americans voting for change which leads to greater uncertainty. Both parties signaled a shift in attitudes towards greater regulations in trade and perhaps limiting global trade in favor of domestic production. The impact to retail and to consumers could be huge if restrictive tariffs are placed on products with a reliance on domestic sourcing. While manufacturing in the U.S. is a noble cause, we lack the infrastructure, skilled labor and cost competitiveness to effectively replace global sourcing, certainly in the short to intermediate future.

• Deflation is crippling food retailers. We are seeing deflation across the board impact multiple food categories with meat and dairy impacted the most. Retailers are not able to raise prices and are seeing their comp store numbers hit as they need to sell more units just to break even. There is no relief in sight which will further pressure results.

• M&A a Continued Force. Last year saw significant M&A activity with the merger of Ahold and Delhaize, Kroger acquiring Roundy’s, Walmart acquiring Jet.com and private equity scooping up Save A Lot out of SuperValu. Expect more of the same in 2017 as stagnant growth will lead to further consolidation as retailers attempt to gain more scale.

• Format Disruption Taking Many Paths. From a format standpoint, I see the following trends shaping up:

If it sounds like it’s shaping up to be a crazy and competitive year, I won’t be surprised. If anything, the pace of change will further accelerate.