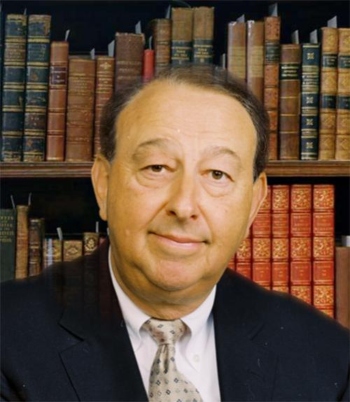 Brian Sharoff, President of the Private Label Manufacturers Association (PLMA) passed away at the age of 77 after a brief illness. His loss is incalculable to the food retail industry. For so many who have worked in this area, Brian truly was the private label industry as we know it today.

Brian became President of PLMA in 1981, practically at PLMA’s inception and the modern private label industry as we know it today. For nearly four decades, the PLMA shows defined the industry and were demonstrable evidence of the industry’s enormous growth. During his tenure the association’s membership grew tremendously, from two hundred manufacturers, suppliers, and brokers in the U.S. to more than 4,400 companies worldwide.

The two massive trade shows, one annually in Chicago and the other in Amsterdam, drew thousands of exhibitors and attendees across 75 countries. Unlike many trade shows that fight for relevance in today’s electronic age, PLMA is a working show, where exhibitors and retailers actively develop relationships.

PLMA was more than just trade shows. It remains the definitive source of information about the industry and has played an active role in educating thousands through its association with St. Joseph’s University.

Even more impressively, the private label industry as a whole grew exponentially during Brian’s tenure. Back in 1981, the private label industry was still in its infancy, largely defined by “generic” product that was cheaper but also significantly lesser quality than the national brands of its time. But the recession of that time period propelled the industry, as did a new vision of private label becoming private brands. Quality went up along with consumer acceptance, and todays’ industry is now massive, over $136 billion and continuing to grow as retailers continue to create more sophisticated programs.  Private label share of sales during this time effectively doubled.

Brian had a spectacular sense of humor, impeccable timing and a vision for the industry that he saw come to life during his remarkable tenure at PLMA. This vision will live on as the industry continues on the path that leaders like Brian have set. He was a giant. And he will be missed.